Gir National Park and Wildlife Sanctuary, also known as Sasan Gir, is a forest, national park, and wildlife sanctuary near Tarara Gir, Gujarat. Gir National Park is home to the ever-fascinating Asian lions and is the only national park in India that nurtures these royal animals. It has a total area of   258 square kms and is especially considered a sanctuary for these lions. Gir is the last habitat of the Asian lion and one of the most successful wildlife conservation projects in India. The forest spans the Junagadh and Amreli regions. The area is about 1,883 square kms. Today, it is the only region in Asia where Asian lions have been found, and it is considered one of the largest most important protected areas in Asia due to its biodiversity. Thanks to the regular efforts of the government's, forest department, wildlife activists, and non-governmental organizations, Gir's ecosystem of diverse flora and fauna has been protected. 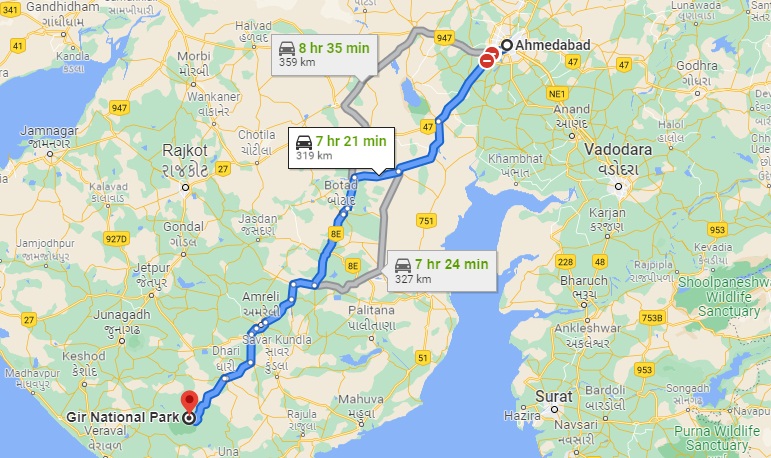